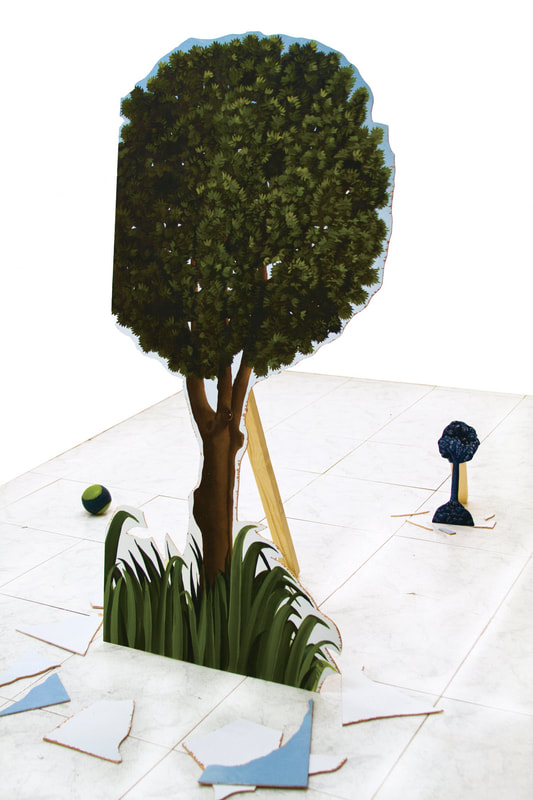 Being in the Distance 2011 Oil on wood, baseball Variable Dimensions 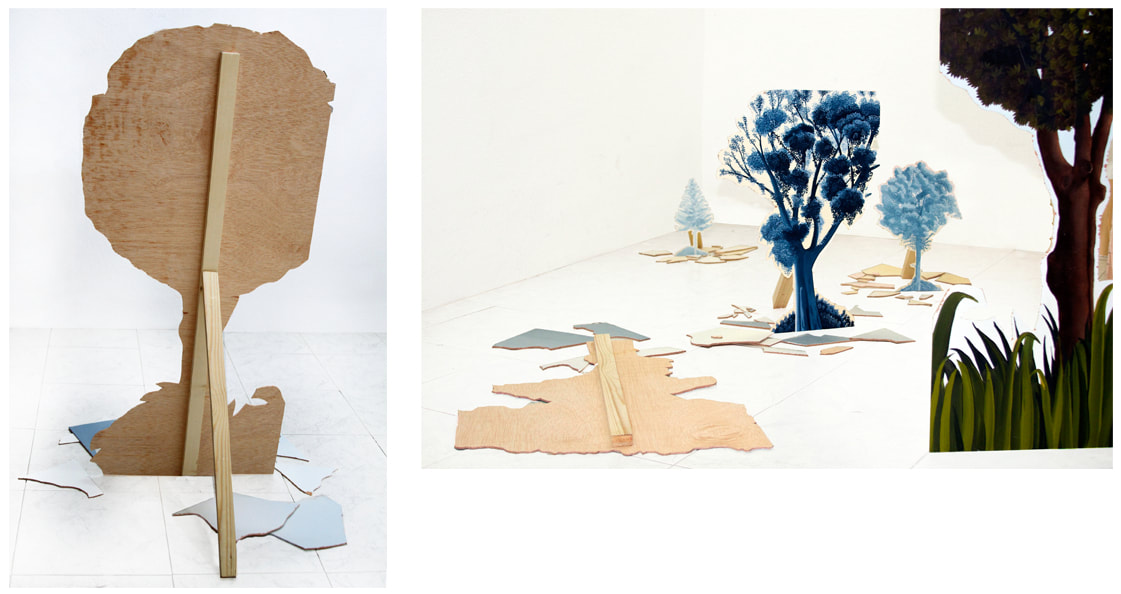 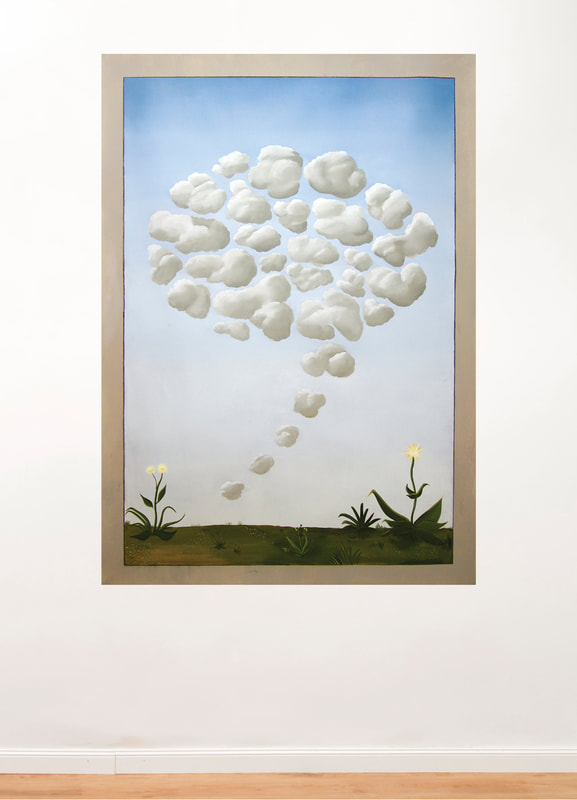 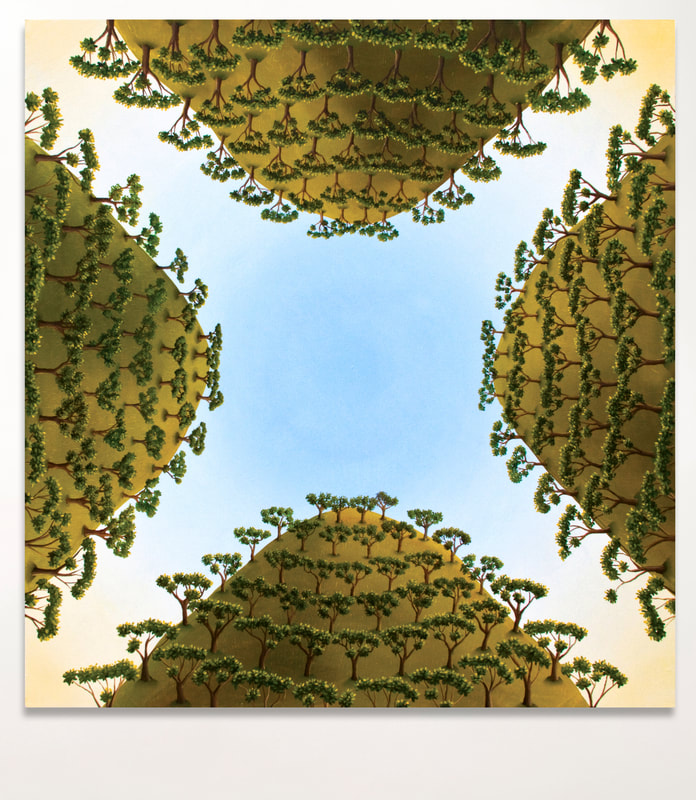 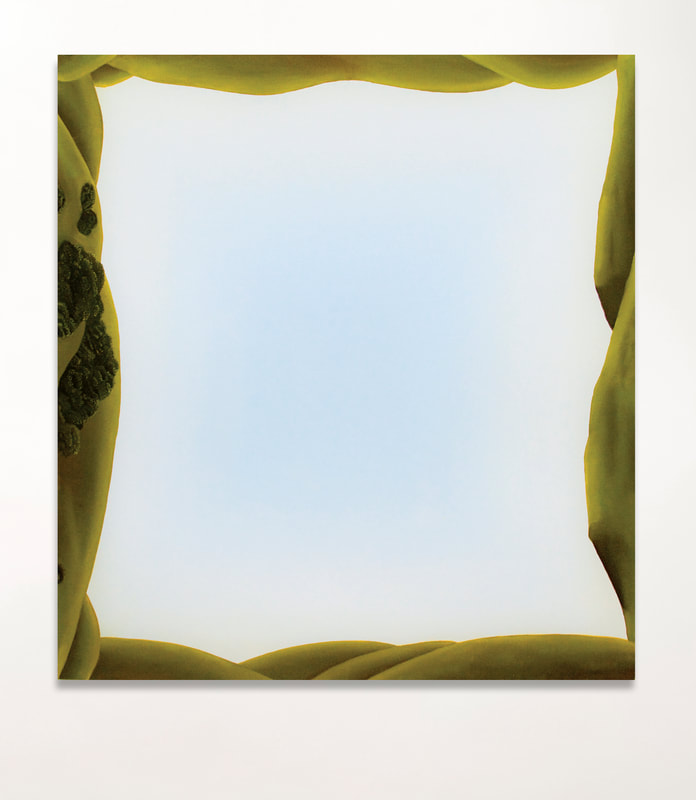 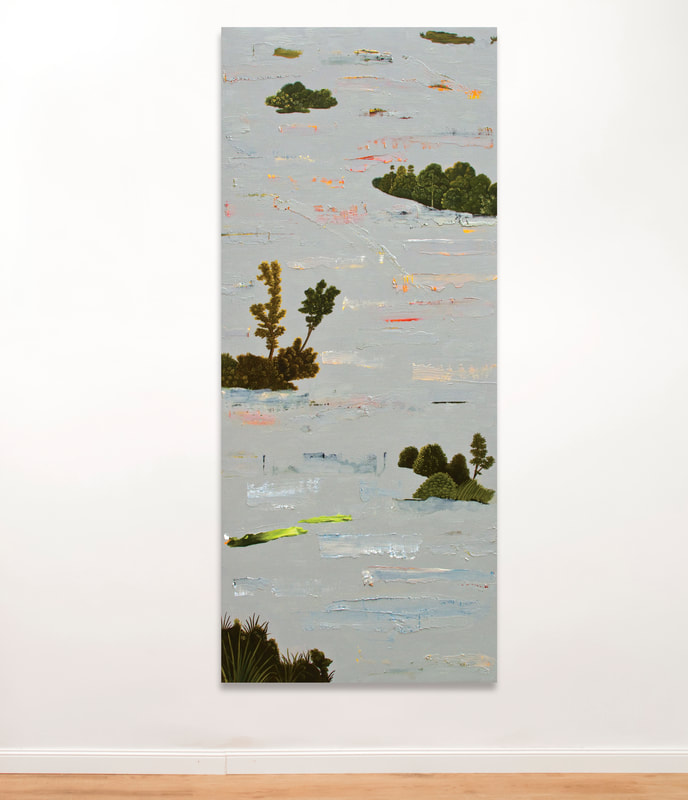 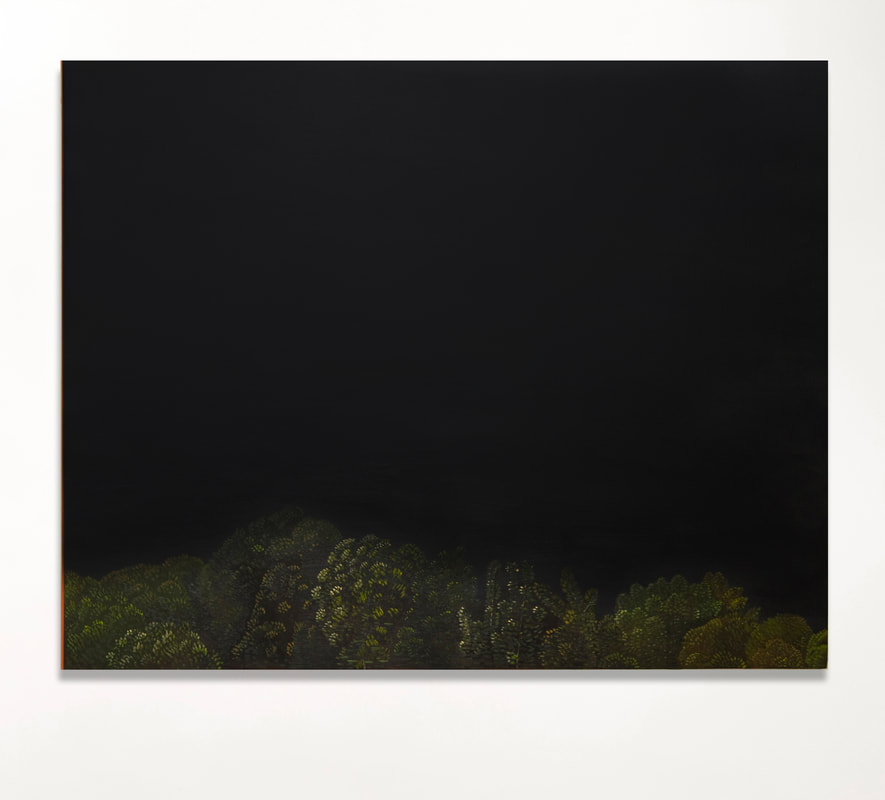 Views from After the Horizon

“I (the positivist) want to represent things as they are, or rather as they would be, supposing that I did not exist.' In other words, the universe without man.” -Baudelaire

“and we have to remember that what we observe is not nature in itself but rather nature exposed to our method of questioning.”  -Heisenberg

​Views from After the Horizon”, explores the paradoxes that arise from imagining the world without the human observer.  These landscapes constantly reference the observer while at the same time erasing the human figure.  But while the subject may be gone his constructs remain, leaving a world littered with cast away modes of perception, empty frames, and discarded systems of of meaning that have been left aside and fallen out of use, either through neglect or overuse.  It utilizes both art historical tropes and a variety of media, including; sculpture, painting, photography, and video, to explore this impossible and absurd thesis while allowing the specific characteristics of each media to expose the limitations of both human and mechanical observation.