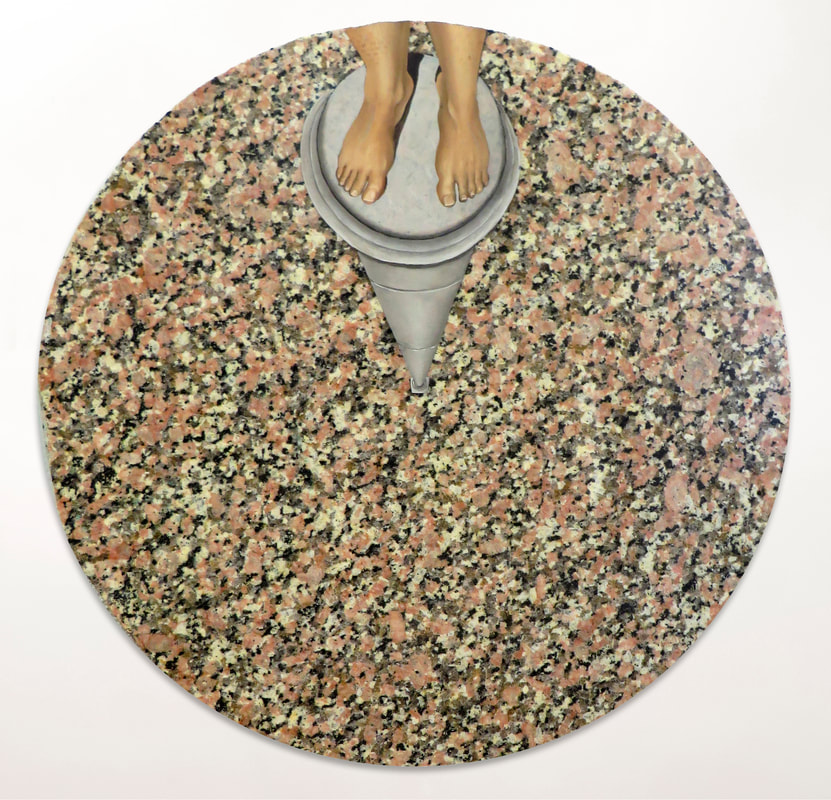 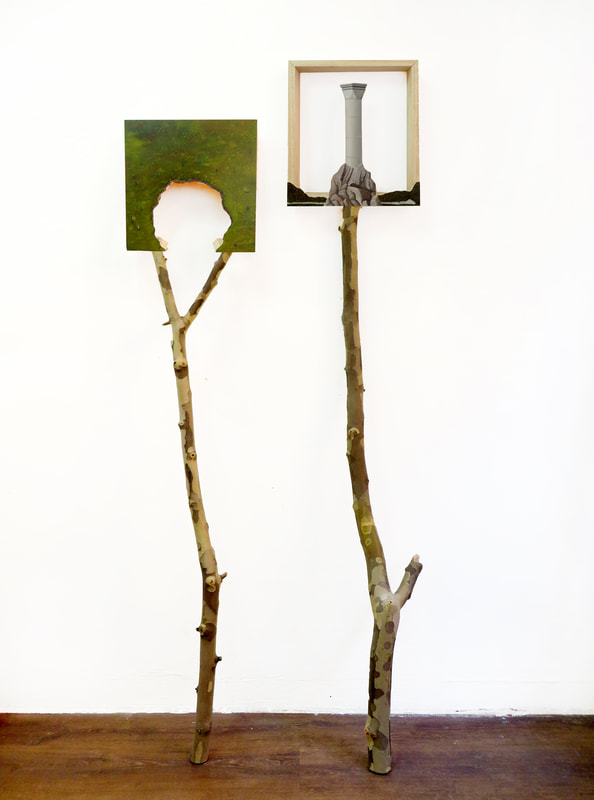 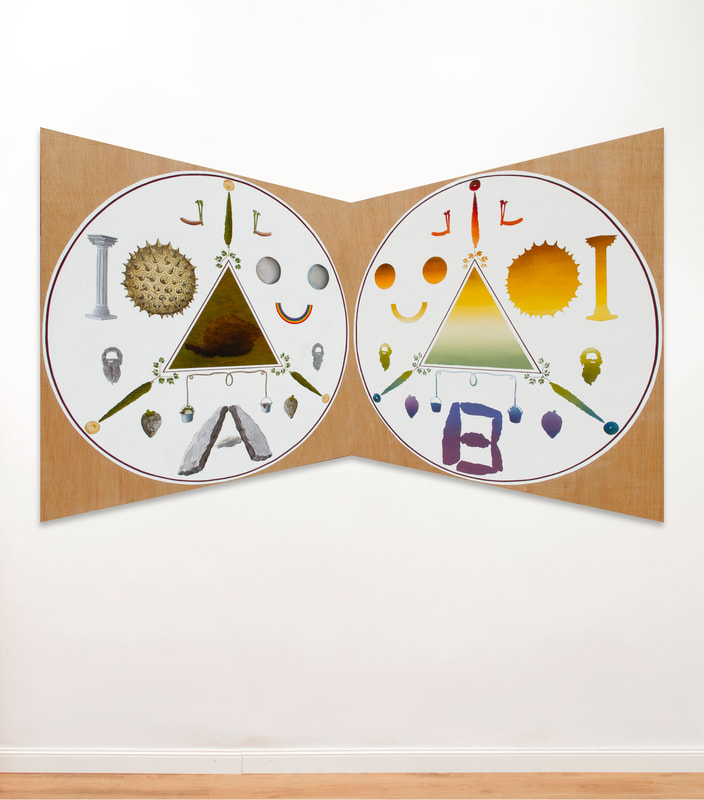 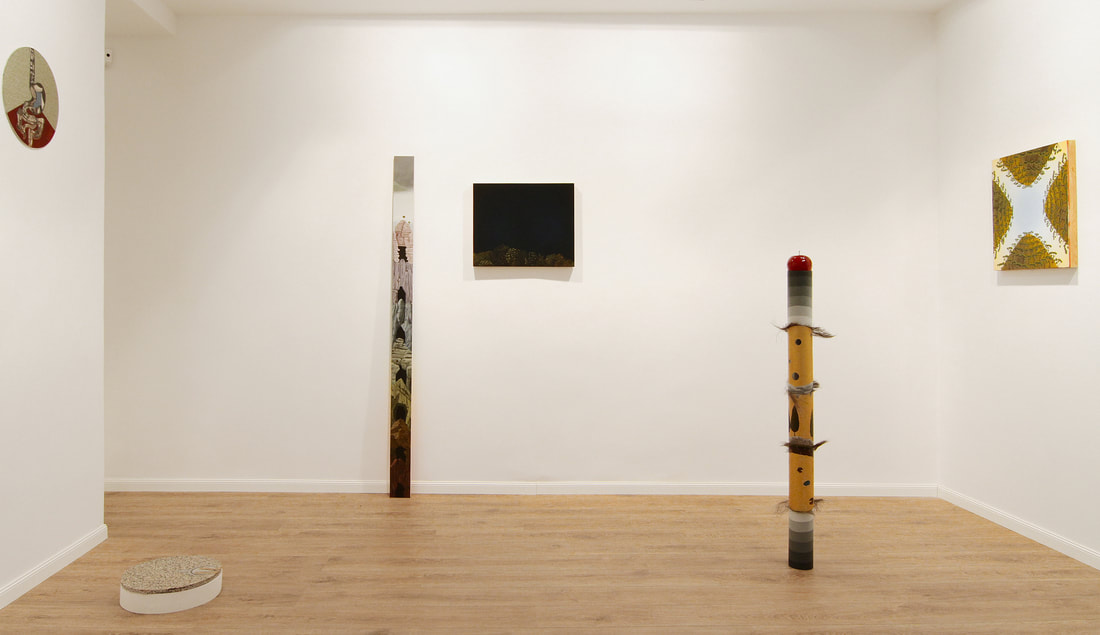 Holding Darkness in Its Place 2015 oil on wood 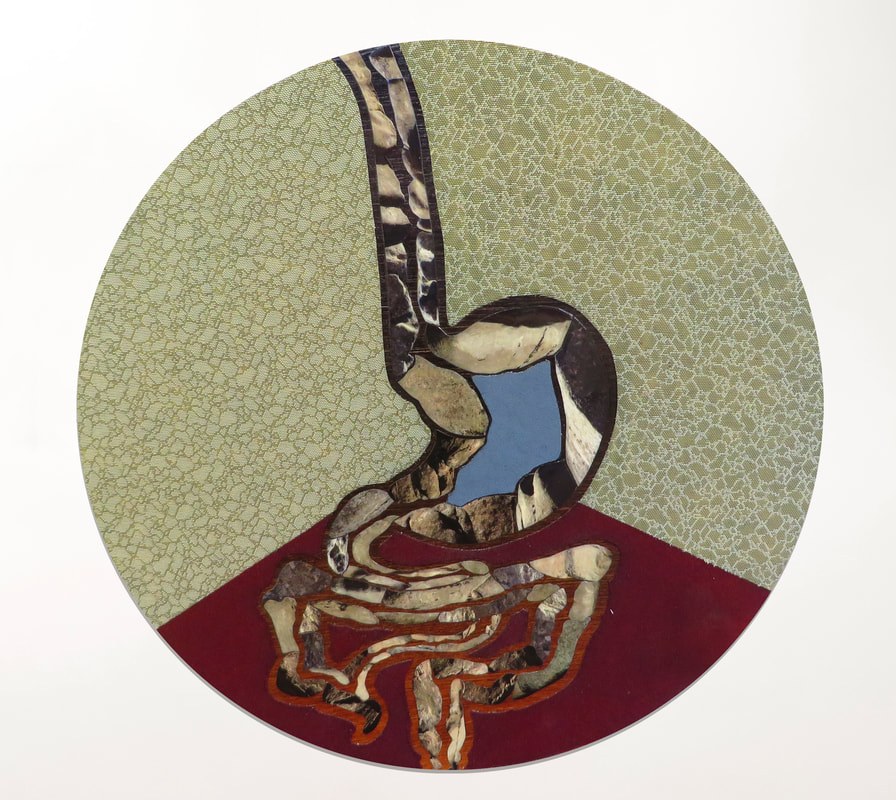 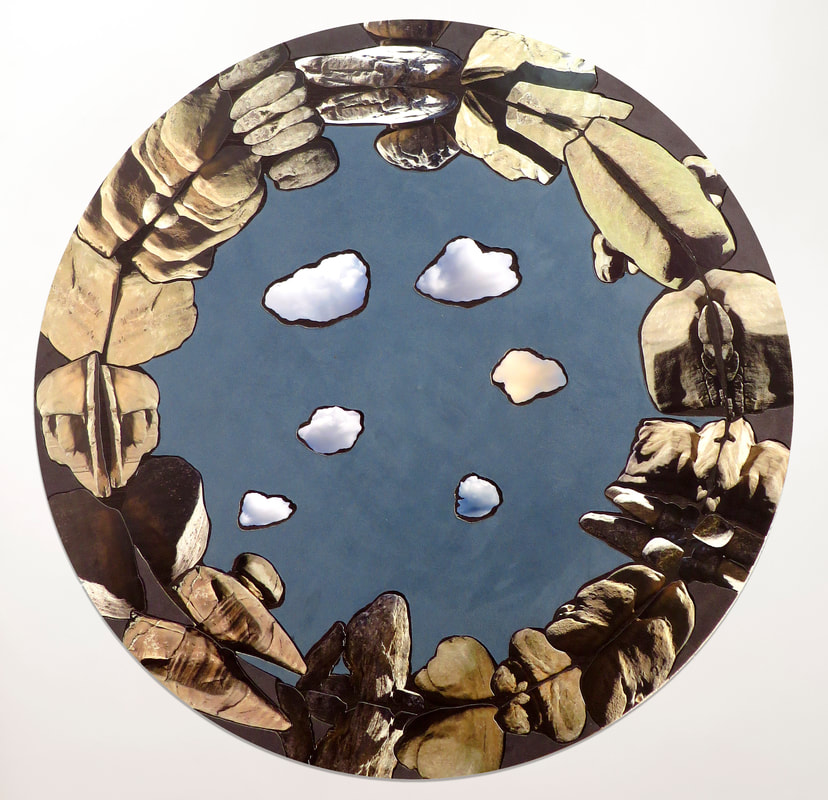 A Circle in a Straight Line 2015 oil on paper 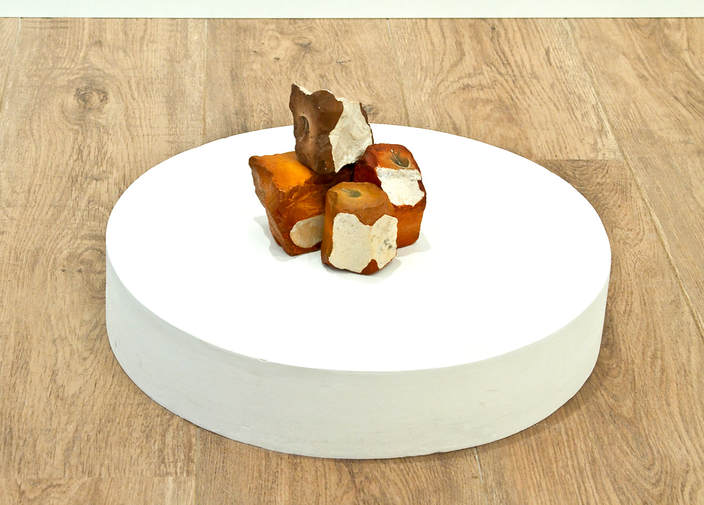 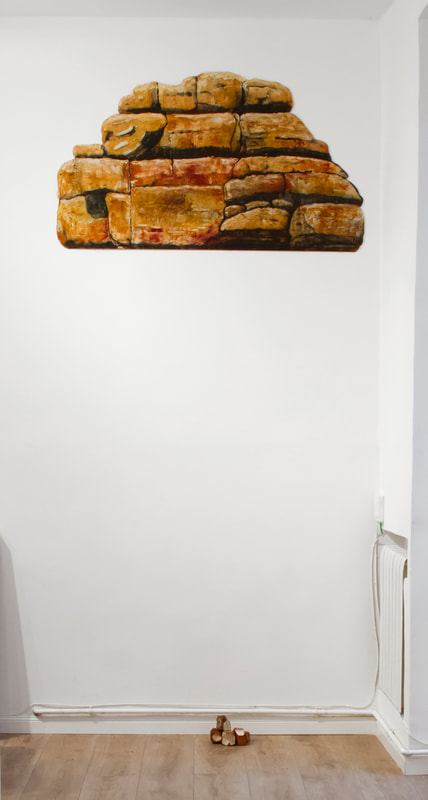 Temptations of the Pit and the Pole ​

“The eye is spoiled by the tremendous need for seeing far” - Friedrich Nietzsche, in Ecce Homo.

Nietzsche talks about asceticism as being a fleeing from life, while the saints talk about it as being closer to god, I want to place the ascetic as a ground to functions that are both visible and invisible through bodily mechanisms. Without the types of input through which we normally engage with the world; social groups, authority, computer screens, etc. the body comes forward, rather than being denied. The ascetic tries to flee the world of constructs, he refuses the models and systems of society and tries to get into the world of spirit/experience/reality. The ascetic flogs himself, throws himself in a pit, strands himself on a pole, and starves himself in order to deny the bodily (inhabited) world. However in doing so he may protest too much, the satisfying pain of penitence becomes a celebration of the flesh.

​Climbing a pole or entering a pit (or tunnel or cave) are both ways to limit experience, one through limiting movement, the other through limiting sight. These two extremes of asceticism seem to be two sides of the same coin. The pole fills the negative space of the pit, while the pit is only described by its ability to be filled. In that way the ascetic experience is like the digestive process, the food moves through you but it can never be said to be a part of you, the same way that a donut hole is not a part of the donut but the space that defines it.